Fighting the assault on free press

Below is an excerpt from The Philadelphia Inquirer, featuring commentary from Penn President Amy Gutmann emphasizing the importance of open expression for any democracy to survive and flourish. 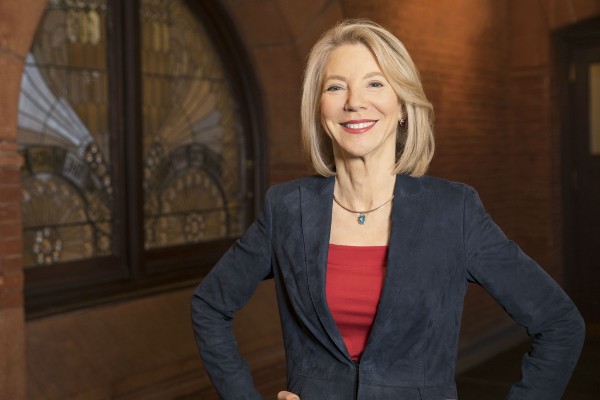 On Oct. 2, a journalist entered the Saudi Arabian consulate in Istanbul. He was an outspoken critic of the Saudi government and wrote for The Washington Post. Once those consulate doors closed, he never came back out.

Government officials of several countries, and most recently the CIA, believe he was murdered on orders from the Saudi crown prince.

Today, around the world, a free and robust press is under assault. Journalists face jail time, or worse. Online forums are censored.

News organizations are dubbed “enemies of the people” and fact-based reporting is smeared as fake news.

I am a moral and political philosopher and an educator, by passion as well as profession. I have devoted my life’s work to better understanding—and strengthening—the groundwork of both American democracy and education. For any democracy to survive and flourish, no single principle is more fundamental than the free and robust exchange of ideas—especially when we disagree.

Unhindered press, transformative higher education, engaged civic and business leaders: These are lynchpins for open and free expression in American society. These stand proudly as the pillars of a free world.

Benjamin Franklin was America’s first great newspaperman and one of the greatest champions of a free press and free speech. “When this support is taken away,” he wrote, “the constitution of a free society is dissolved.”

When you lead the University of Pennsylvania, which Franklin founded, open expression is not some abstraction. It’s the bedrock of all that we do. Diverse and unexpected ideas are as foundational to Penn as they are to the survival of a free society.