Recently, the Penn and Wharton Alumni Club of Arizona met with Phoenix Mayor Greg Stanton for breakfast at the law offices of Tiffany and Bosco, P.A.; organized by club Board members Alan Sandler and Chris Kaup, we started with Mike Tiffany and Mark Bosco, the founding partners of the firm, greeting the guests. 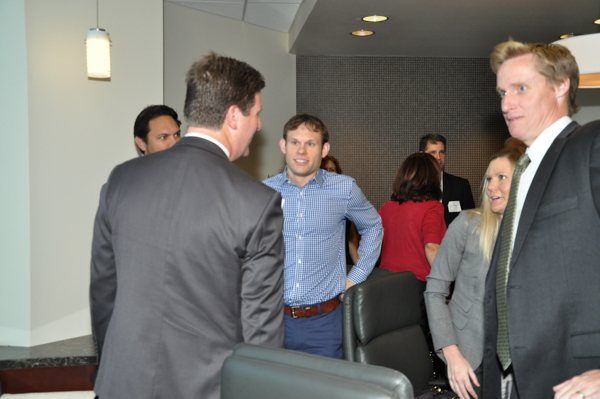 As soon as Mayor Stanton arrived, he worked his way around the conference room, greeting each group of attendees 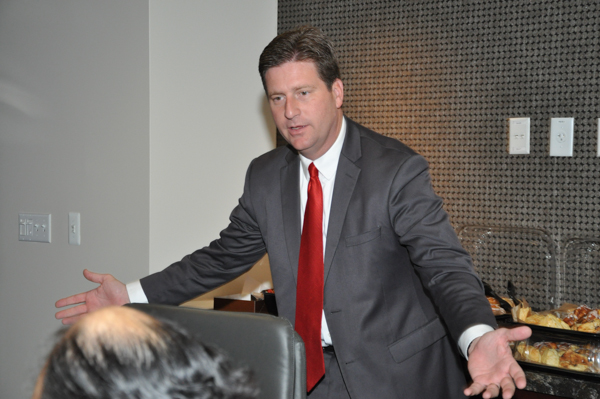 The mayor began by informing the group that once again Phoenix has passed Philadelphia as the 5th largest city in the US. The theme of the mayor’s talk was “Is the city set up for the future?”

Mayor Stanton reminded us that we are living in an international economy, and the city has an export readiness initiative, creating opportunities for small and medium sized businesses to learn how to trade. A Phoenix trade office has been set up in Mexico; trade will double in 5-years. The mayor also pointed out that Canada too conducts significant commerce with Arizona. 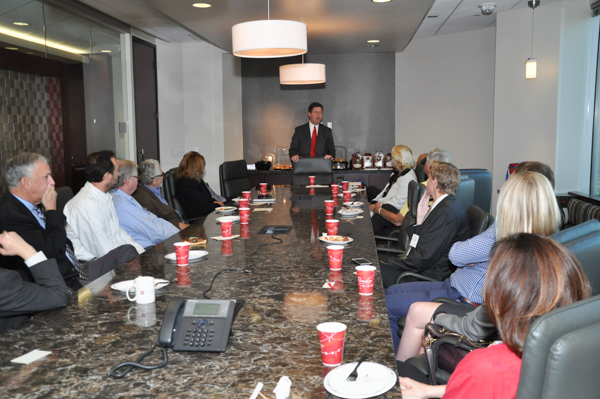 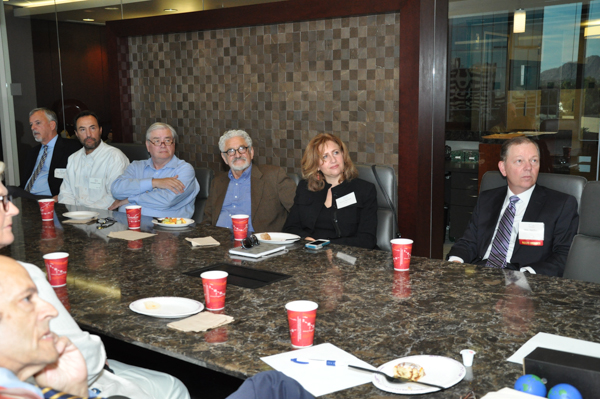 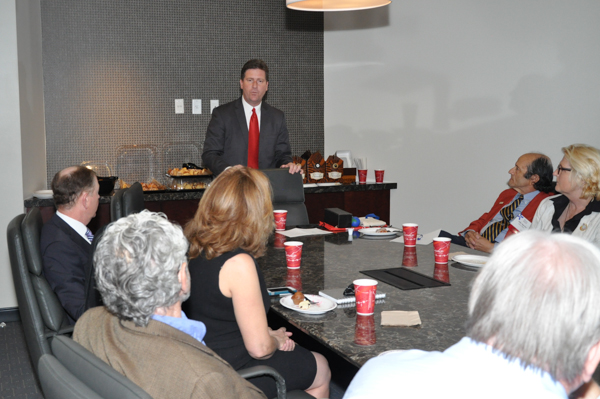 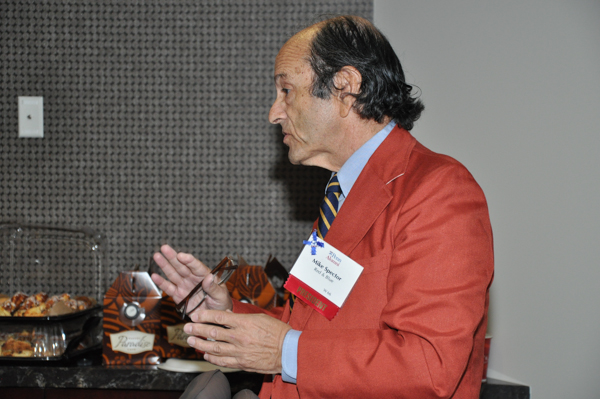 During the bulk of the presentation, Mayor Stanton reviewed his three major initiatives for the city:

EDUCATION – To ensure that Phoenix continues to provide a labor force that supports business growth, the city needs to work with and support the poorer schools.

WATER – we are in the midst of a 14-year drought, and need to adopt various conservation considerations now. Among other initiatives, Phoenix and Tucson joined in an agreement relative to water sharing issues; which was a major step for both cities.

TRANSPORTATION – The city needs to address and expand the rapid rail system.   Part of this is being driven by the rapid and considerable growth of Grand Canyon University.

The Mayor kept us interested and smiling, and we enjoyed a lengthy question and answer session following the mayor’s remarks.  Before and after, there was plenty of time for networking.