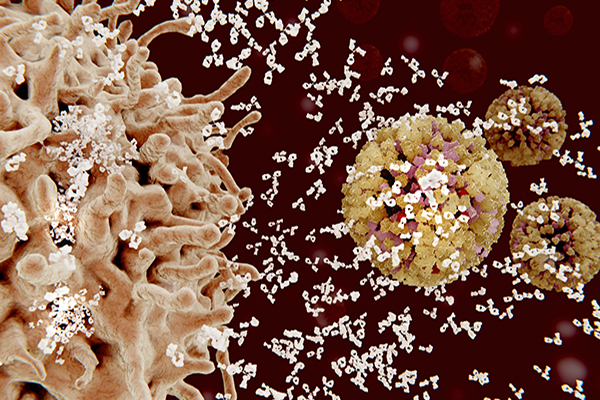 A potential cause of CAR T side effects, and a path forward

Chimeric antigen receptor (CAR) T cell therapy has revolutionized treatment of leukemia, lymphoma, and multiple myeloma. But some people who have received this treatment experience neurotoxicity, or damage to the brain or nervous system.

New research from a team led by Avery Posey, an assistant professor of systems pharmacology and translational therapeutics in the Perelman School of Medicine, provides evidence that this side effect may owe to a molecule in the brain that scientists previously didn’t know was there.

The work, published in the journal Cell, revealed that the protein CD19 is present in brain cells that protect the blood-brain barrier. Prior to the finding, scientists believed CD19 was only expressed on B cells, and the protein served as a target for certain forms of CAR-T therapy. The discovery may chart a path forward for new strategies to effectively treat cancer while sparing the brain.

“The next question is,” says Posey, “can we identify a better target for eliminating B cell related malignancies other than CD19, or can we engineer around this brain cell expression of CD19 and build a CAR T cell that makes decisions based on the type of cell it encounters—for instance, CAR T cells that kill the B cells they encounter, but spare the CD19 positive brain cells?”