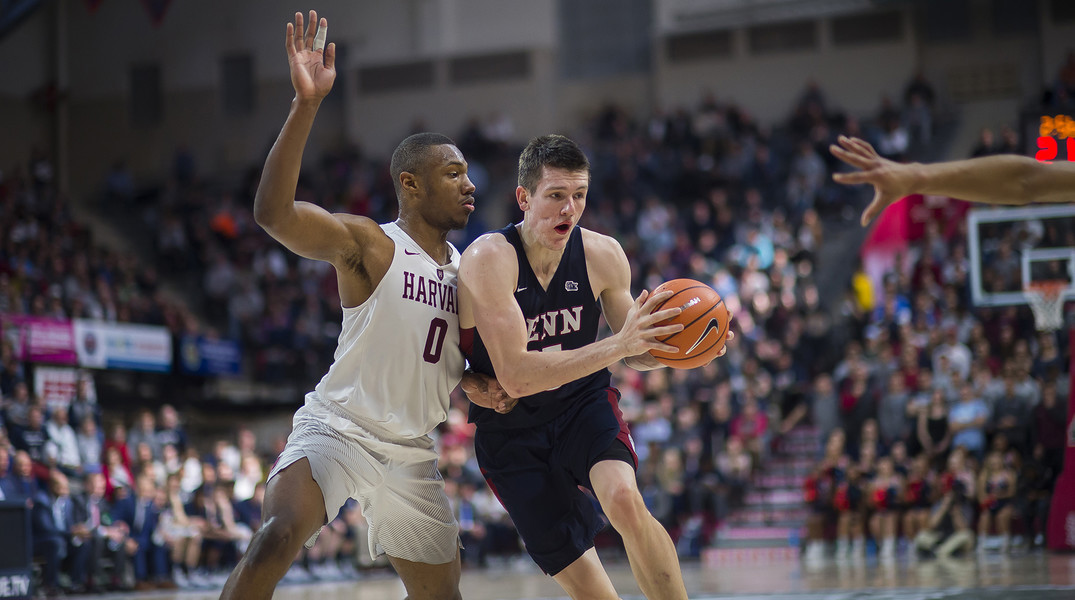 Reclaiming their spot atop the Ivy League, the Penn men’s basketball team defeated Harvard 68-65 in the Ivy League Tournament title game on Sunday in front of a packed house at the Palestra. The hard-fought victory propelled the Quakers (24-8) to the NCAA Division I Men’s Basketball Tournament, where they will face the Kansas Jayhawks (27-7).

The team’s accomplishment is the 26th conference championship in the program’s history and the first since the 2006-07 season.